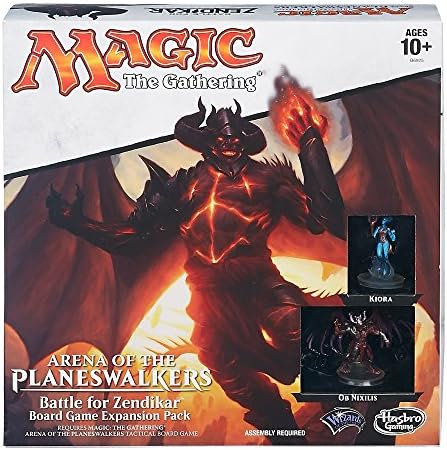 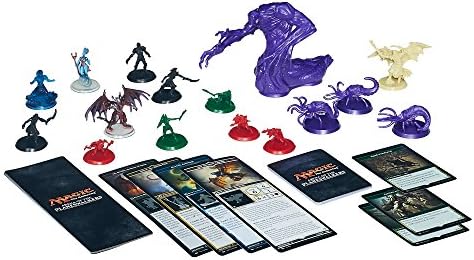 Includes the first hero creature, the terrifying Eldrazi Ruiner. The Eldrazi are colorless creatures and can be summoned by a Planeswalker of any color.
Includes 1 player vs. many battlefield scenario in which players fight against the massive Eldrazi Ruiner to save Zendikar.
Includes 2 Planeswalker figures, 3 hero figures, 11 squad figures, 15 spell cards, 9 army cards, Battle for Zendikar Board Game Expansion Pack Guide. (Does not include cards from the trading card game.)